Digital Entrepreneur of the Year Awards 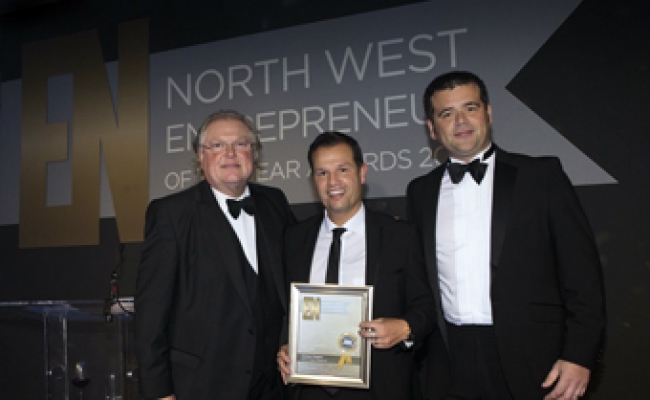 Celebrating its 14th year as the North West’s premier business awards evening, recognising the outstanding contribution to business that this region has to offer.

It is one of the most revered and talked about events in the region with previous guest speakers such as Sir Alan Sugar and Michael Portillo and a judging panel consisting of highly successful entrepreneurs (including a dragon from TV’s Dragon’s Den) and previous winners such as Simon Nixon (Moneysupermarket.com), Jennie Johnson (Kids Allowed), Antony Preston (Pets at Home) and Tom Bloxham (Urban Splash).

Commenting on the award Graham Shapiro said: “It’s amazing to be highly commended for these awards. Massive thanks to EN Magazine, the judges, my collaboration partners, clients and brilliant digital team who continue to support me on exciting global projects.”

The event was held on the 21st October 2015 at The Mere in Knutsford.